As the electricity market changes, the demands on boiler efficiency and availability becomes more and more dependent on other sources of energy, such as renewables in form of wind and solar. This forces Power Plants originally designed for base load conditions to move into daily load shift, operating at low-load, etc. A 250 MW e HRSG plant in Malaysia that had shifted into cyclic operating mode experienced tube failure. Tetra Engineering in France investigated the tube failure and found cracks in the side of the front- end tube sheet. 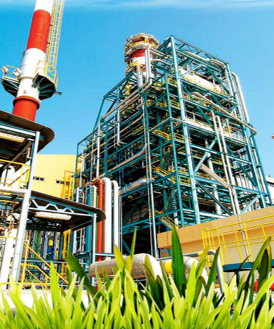 R&R Consult investigated whether flow distribution contributed to the tube failure. Our CFD investigation of base- and part-load conditions for the GT showed that the current flow correction device (FCD) was not appropriate or designed for part-load conditions. Upstream of the first tube section, peak velocity distribution varied ±200 percent from mean. The mass flow was biased to one side with a deviation of 40 percent from mean. This resulted in a high thermal overload in the same side as where the tube failure was found. We suggested a modified design of the FCD that also functioned at part load. Our model predicted a maximum 5 percent variation in mass flow at all loads upstream of the first tube section. Our design modification showed a considerable improvement in flow and temperature distribution at all loads.

The investigation clearly showed the need for a fluid mechanical understanding of swirling flow. It also showed the advantage of using CFD for risk assessment before shifting to cyclic operation, and for optimizing the flow distribution, including the effect of cyclic operations. 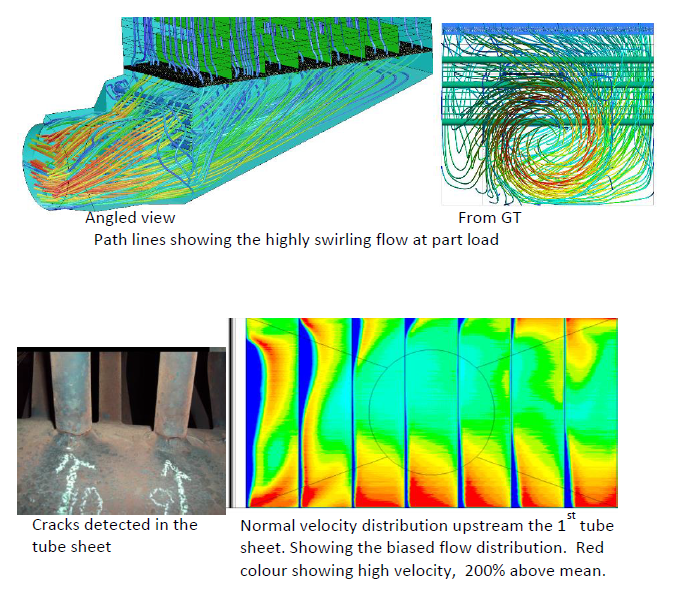 The modelling included a 3D turbulent investigation, with gas heat transfer and solid conduction for the first tube section. Different GT profile were used, depending on the GT load.